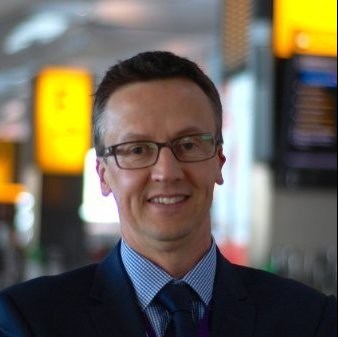 UK Ministry of Defence (including strategic headquarters for the Armed Forces)

How did you get your job?

Having qualified as a Chartered Accountant from University I left practice and worked initially in a financial internal audit role. It wasn’t long before I was in a role responsible for implementing Turnbull, and that’s when I started in risk. I can remember listening to Nigel Turnbull speaking in the early days about the fact that he said “significant risks” and not “all risks”. I was working in industry at the time and remember that it struck me how, although the spirit and the letter of the ‘law’ may sometimes differ, they didn’t in this case but people seemed uncertain about how to take a stance on what they thought was significant, possibly for fear of being accused of not complying.

Several years later, after working in and with many different organisations and cultures, I was approached about the Head of Risk role at Heathrow. It was a fantastic place to work, with great people, and it had a real sense of being able to see how well the business was doing, operationally at least, and being able to appreciate how quickly risks could materialise and really upset people’s days. I wasn’t looking to move on but the thought of having more than one airport in the business, as well as responsibility for the airline, the passengers, and some ships … I had to at least have a look at the role I’m now in; and when I thought about the contribution I could make through my service as a civilian, I couldn’t say no.

What’s a typical day like as a Chief Risk Officer?

It would be a cliché to say that I can’t answer that question because it’s classified, but that is part of the truth of a typical day. Conversations and meetings can range from a face-to-face briefing with a Minister, dealing with staffing issues, planning for a workshop with military leaders to discussing sensitive strategic risks. I am constantly reminded that I work in a Government Department and that we are also the strategic headquarters of the UK military. I start at the same time each day if I’m in the office, and finish when I can, but there is no such thing as a typical day.

What do you enjoy most about your job ?

So much…I was on an overseas trip with a colleague, visiting an ally’s Ministry of Defence, when we reflected on the variety of what we find ourselves involved in and the areas that we have a little bit of influence over. Obviously its Ministers and the Government who actually decide, but I’m helping influence and implement policy that helps protect and defend the UK. What’s not to like about that?

The visits out of the office to see military hardware and the people who operate it are fascinating, eye-opening in terms of operating and personal risk management, and sometimes it is quite humbling to see the pride taken in their work and the training they put themselves through.

What are the challenges?

I’m a recent addition to the civil service! It is modernising which is good but I occasionally wonder whether Yes Minister was a documentary or a comedy. Working with military colleagues is a positive rather than a negative challenge; the officers have developed their leadership, critical thinking and analytical skills to such a level that you have to really be on your game to get the best out of them and the time with them.

Why did you want to go through the Certified Route?

I’ve always considered that I was following good practice and international standards and, seeing people in Defence with established careers undertake further education and gain additional qualifications, I couldn’t not take the risk, and get professional recognition of what I’m doing at work. Additionally I was quite ready to support the pilot as I’d worked with the IRM in the past.

How did you find the process?

It was really interesting because I really wasn’t able to discuss the most recent examples I had, so as I was thinking back over previous roles and how the different organisational contexts required different practical approaches to managing risks, I found myself becoming quite self-critical – even before the assessors asked their follow-on questions. It wasn’t always easy finding practical examples to match the IRM’s risk management framework because, practically speaking, sometimes you forget what you’re doing if you’re calling it something different. The process was actually quite enjoyable, I’d even say slightly therapeutic!

In what way are your IRM qualifications relevant?

There are some 200,000 people in MoD and many of them are making risk management decisions every day. I’m responsible for the internal policy, framework and approach and for encouraging professionalism in the practise of risk management. In one way it would be cynical of me not to have a qualification myself, but I do think that it also shows that I take pride in what I do.

What would you say to others thinking about joining IRM as a member?

Do it. For years I’ve benefited from membership and used the Special Interest Groups to help make me think about specific areas, read the magazines, and networked. I had practical experience that I used the IRM’s events to calibrate against other members. If you’re earlier in your career then jump-starting an understanding of theory and practice, and getting recognition that you’ve done this can only help you.

How has your role developed and what are your career ambitions? Has being linked to the IRM helped?

My roles have developed most in terms of their scale of influence, and the impact that the organisations’ operations have affected. I started off thinking about the distribution of writing and printing paper, focused in between on the roadside recovery of broken down cars and the scheduling of films and television programmes, nowadays I’m more focused on national defence.

A former boss, and now friend, once explained to me how a career in risk management and internal audit gives you unique access to the top of, and across the breadth of, an organisation. You have a huge responsibility to use that access and voice your opinions carefully. Professional qualifications help you manage your moral compass and know when to insist that those who are responsible for decision making, need to have the conversations they may be avoiding. 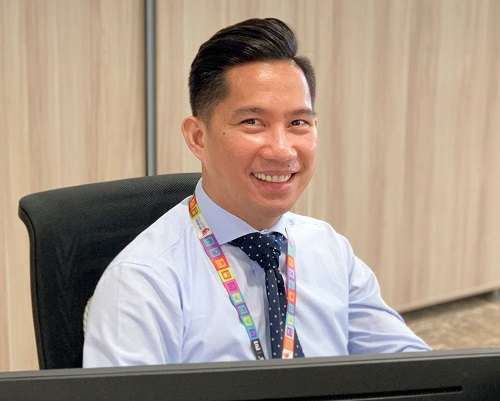