The International Diploma in Risk Management

The ideal qualification for anyone looking to develop an understanding of operational risk management.

IRM around the world

Connect with our Regional Groups and find out what IRM members
are up to from Africa to Qatar to the UK.

Our Special Interest Groups (SIGs) help you connect with other professionals in a variety of industries.

Managing data the way you always have doesn’t cut it. By Ipsita Pradhan – IRM-SIG in ERM in Banking & Financial Services Artificial Intelligence (AI)

This is the new normal.

Organizations are driving transformative initiatives to improve financial performance and competitive position in their industries. Examples of these initiatives include deepening customer relationships, optimizing operations, personalizing healthcare, prevention of fraud, cyber security, medical diagnosing procedures and analysis. Other AI-powered innovations include self-driving cars, smarter drones, more dexterous robots, and wristbands and watches that can track, measure and diagnose health conditions. Some of their pros and cons were discussed at the March’17 event (FinTech: Is disruption a good thing?) held by our IRM-SIG in ERM in Banking & Financial Services.

There are, however, many applications of AI for companies beyond social media. Hedge funds are starting to adopt algorithms too, to decide where to invest their capital, as a means of providing investors with investment opportunities with lower management fees. This increasingly popular “robot-advisory” is currently a buzz word within finance and could potentially disrupt finance as it takes away the human bias. For this kind of investment advice, all the investor needs to do is answer questions about their risk preference and investment goals, and then the algorithm sets up the ideal portfolio for that client, which it manages every day.

In trading, the adoption of AI has been eminent. There is no longer a need for traders to be selling and buying commodities using hand signals on Wall Street. Computers are supposed to improve liquidity and help pair up buying and sellers without a need for any intermediaries. AI is used to read and understand earnings statements, news from different media outlets and filings to have a better understanding of a stock. However there has been some resistance regarding AI’s adoption in the field. In 2012, a glitch in the system made Knight Capital lose more than $400m in only half an hour. After this and other problems, the regulators in the US implemented new rules for high-speed trading. One of them includes the requirement of a pause in trading for individual stocks if the price moves 10% or more in a period of five minutes. AI is already used to take care of legal bureaucracy. AI is used to read contracts and assess which areas are potentially risky, and it also suggests how to improve the terms of the contract.

Cognitive computing played a very important role in providing advanced technology platforms that can address complex situations that are characterized by ambiguity and uncertainty. Cognitive computing has kick-started and has already begun to augment business decisions. This is powered by performance, alongside human thought process and traditional analytics.

The domain of risk management is a perfect fit to cognitive computing capabilities, as risk issues/events include unlikely and/or ambiguous events. A massive amount of internal and external data is used by both the private and public organizations to take a ‘’proactive’’ stance in Risk Management. Traditional methods of analysis are incapable of handling the data volume. Now cognitive capabilities include data mining, machine learning, and natural language processing. These methods have found a space in these massive data sets to help find indicators of known and unknown risks.

Artificial intelligence is increasingly becoming a routine part of our daily lives with the introduction of digital personal assistants, music and movie recommendation services, and cars that can see around corners. Just as smartphones, online shopping sites, and music apps learn and adapt based on our preferences, cognitive computing can be used to teach computers to recognize and identify risk.

The use of artificial intelligence to manage risk is helpful when handling and evaluating unstructured data. The key factor driving the success of these initiatives is the ability to fuel them with trusted and timely data. It’s pretty simple: Successful digital strategies are built on data. The competence you build around data management will determine how successful your digital strategy is. Odds are, however, that managing data “the way you always have” won’t cut it.

Computers are smarter, let’s look at fraud detection as an example. The old method of detecting fraud was to use computers to analyse a lot of structured data against rule sets. For example, fraud specialists would create a threshold for wire transfers at $10,000 so any transaction over that amount would be flagged by the computer for additional investigation. The problem is that this type of structured data analysis often creates too many false positives. It requires hours of close investigation. “With cognitive analytics, fraud detection models can become more robust and accurate. “If a cognitive system kicks out something that it determines as potential fraud and a human determines it’s not fraud because of X, Y, and Z, the computer learns from those human insights, and next time it won’t send a similar detection your way. The computer is getting smarter and smarter. That’s a huge game changer.” As these cognitive fraud detection systems continue to learn, they will be able to detect more complex fraud. “Cognitive technologies can help unearth emerging patterns that humans could never detect. This is a huge breakthrough in Risk Management.”

One of the most vocal critics about the future of AI is Nick Bostrom, a professor of philosophy at Oxford University and director of the Future of Humanity Institute. In his book, Superintelligence: Paths, Dangers, Strategies, Bostrom argues that current advances in AI technology are continuing at a fairly rapid pace and could lead to the creation of an artificial intelligence technology that far surpasses human-level intelligence. Shortly thereafter, he says, we could see the emergence of an almost omnipotent superintelligence that would have the ability to psychologically manipulate people and could evolve to be disastrous for society as we know it. Ultimately, this superintelligence could take over and make decisions that may make sense to machines but are anathema to humans. Thus, he believes a top priority for society will be to figure out how to imbue this superintelligence with a system of human-like ethics and morality, which he realizes will be quite difficult to achieve.

Concerns of other respected technologists, Bill Gates publicly stated that he is worried about superintelligence and that its evolution should be a concern for society at large. Celebrated physicist Stephen Hawking also warned that, over time, the development of artificial intelligence could spell the end of the human race. Elon Musk, the founder of Tesla Motors and Space X, likened the danger of building out artificial intelligence to “summoning the devil” and said that the threat posed by AI could be greater than that of nuclear weapons.

Both Hawking and Musk have signed an open letter created by members of the Future of Life Institute, a global research organization that aims to ensure that artificial intelligence remains beneficial to humanity, which Musk has given $10 million in funding to date.

AI is slowly penetrating homes, especially in western countries. According to Narrative Science, 62% of companies and organisations will have adopted it by 2018. Also, the “care-bots”, devices that use artificial intelligence to answer the needs of the users, could reach a total value of $17.4bn by 2020. An estimation forecast, within the next five years, AI could also take over crucial parts of most businesses like marketing, customer service and sales. iRunway, a consulting firm, reckons 2015 was an expansionist year for traditional hardware and software companies and their adventures into the AI world.

Analysts project that overall market revenue for cognitive solutions will exceed $60 billion by 2025, compared to the $1 billion in venture capital funding for cognitive technologies in 2014 and 2015, according to the International Data Corporation.

Forward-thinking entrepreneurs and investors, however, are not sitting on the AI side lines. Venture capitalists poured more than $300 million in funding into 16 AI start-ups in 2014, up from spending only $14.9 million on two companies in 2010, according to research firm CB Insights.

Notable start-ups funded last year include x.ai, which is building a human-like email scheduling and negotiation service; Clarifai, which focuses on visual recognition and tracking technology; Entrupy, which uses AI for counterfeit detection; Metamind, which aids financial and healthcare firms in decision-making and has software that helps databases self-correct; Vicarious, which aims to build machines that have the ability to perceive shape, texture, colour and depth; and Sentient Technologies, which aims to apply AI techniques to complex problems like predicting financial market behaviour and analysing vast quantities of medical data. The company raised $103.5 million in venture capital funding in November 2016 for a total of $143 million in venture capital investment.
Cognitive technology is still an assistive technology to help suggest strategies and probabilities of outcomes, and that human expertise is still important. Together, humans and computers will be able to do things that were just not possible previously.

Research continues in areas on how injecting common sense guidelines into artificial intelligence technology and helping AI-powered machines to “fail gracefully,” meaning that machines would raise a warning before they fail, alerting human operators to any problems or risks.

“What will be exciting is to see how these different, niche technologies—natural language processing, visual recognition and others—come together over time to create something useful and make our lives more efficient and far more entertaining.” Question is will they be caring enough?

With all these benefits and concerns there are some questions about the application of AI in Risk Management. The IRM-SIG in ERM in Banking & Financial Services hopes to address in the discussion panel AI in Risk Management, on 3rd October’17 in partnership with Trestle Group and the Imperial College Business School.

Please register if you haven’t done so as we will be joined by Microsoft, IBM and 4th IR on the panel, which will be moderated by our Chair, Raza Sadiq.

By Ipsita Pradhan – IRM-SIG in ERM in Banking & Financial Services 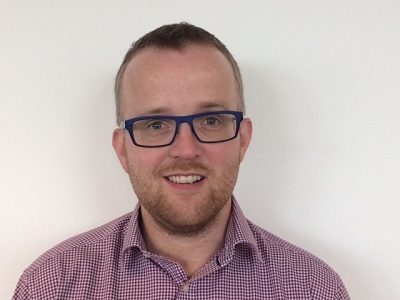